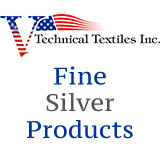 Why do you use Silver in so many of your products?

Silver is a time-tested solution to many of life's daily concerns! Silver kills a number of bacteria including those that cause odor, has excellent thermal properties, and is nontoxic. Below is a short history and explanation of how silver works.

Over the past six thousand years, many civilizations have recognized the healing properties of silver - starting with the Macedonian culture which used it to cover wounds. Ancient Romans also used silver nitrate therapeutically. In the Middle Ages, the hermetic and alchemical writings of Paracelsus speak of the virtues of silver as a healing substance [Grosse Wundartzney {1536}, W.Pagel, Paracelsus (2d ed. 1982)]. “In fact, 'born with a silver spoon in his mouth' is not a reference to wealth, but to health. In the early 18th century, babies who were fed with silver spoons were healthier than those fed with spoons made with other metals, and silver pacifiers found wide use in America because of their beneficial health effects." [www.doulton.ca/silver.html “Silver's Importance to Health" 5/27/2004].

Von Naegeli, the father of modern medicine, discovered with other colleagues in 1893 that the antibacterial effects of silver were primarily due to the silver ion itself. At about the same time, Dr. W. S. Halstead, one of the founding fathers of modern surgery, advocated the use of silver foil dressings for wounds and created the Halstead Silver Foil Bandage. [Halstead, W.S., Ligature and suture material: the employment of fine silk in preference to catgut and the advantages of transfixion of tissues and vessels in control of hemorrhage - also an account of the introduction of gloves, gutta-percha tissue and silver foil, JAMA LX, 1119, 1913]. At the same time, Dr. Albert Barns, a physician, developed a silver colloidal medicine called Argrol. Although silver colloids were listed in the PDR (Physician's Desk Reference) until 1955, the traditional medicinal uses of silver rapidly disappeared as antibiotics were introduction and the price of the metal itself was more expensive than the new treatments. Now, silver is having a renaissance due to concerns about antibiotic-resistance virus strains.

How does Silver work?
All bacteria contain a semi-permeable exterior membrane of peptidoglycan, a structure consisting of long carbohydrate chains and amino acids. [Etris, Samuel. “Why Silver Kills Germs and Heals Wounds." Silver News from The Silver Institute. 20 May 2004. Along the peptidoglycan membrane there are receptors and enzymes that are responsible for the cell's respiration. Because silver ions have a positive charge, they can easily bind with the negatively charged petidoglycan membrane that also contains many active binding sites for metal ions. [Gupta, Rani., et. al. “Microbial biosorbents: Meeting challenges of heavy metal pollution in aqueous solutions." Current Science. Vol. 78 (25 April 2000): 967-972].

Silver ions attach themselves to the sulfhydryl group (-SH) on the receptors along the peptidoglycan membrane that causes the protein to unravel instead of fold into the proper tertiary structure for membrane stability and activation of enzymes. The unraveling of the protein then disables the bacteria's oxygen metabolizing enzymes. Because the enzymes are altered, the bacterium cell suffocates and dies.

Silver ions are nontoxic to all animal and plant cells because the cells have a thicker, more complex outer membrane [Ertis op.cit.]. The exterior membrane is not made of peptidoglycan nor does it have a negative charge that attracts silver ions. However, when animal and plant cells are invaded by microbes, the complex outer membrane reverses back into its primitive form. This primitive form is very similar to the peptidoglycan membrane of bacteria, fungi, and other parasitic microorganisms. It is then susceptible to the actions by silver ions. [Marvin, Robey. “A Safe and Simple Treatment for Aids"  The Herald of Provo Utah 2 February 1992, day ed.: 2D.

How is the Silver added to V Technical Textiles products?
The silver layer on the yarn fiber/fabric substrate is 99.9% pure and permanently bonded to the surface of the textile in an unique metallizing process that bonds silver on polyamide based materials. Silver is a naturally occurring element, and there are no artificial chemicals that may cause fear of toxicity. Silver fibers are the active ingredient in many FDA approved medical devices. The silver is irreversibly bonded to the polymer yarn and does not wash out. For example, ARGENTEX textiles have been tested for more than 250 washes without reduction in antibacterial effects. In fact, the hotter and wetter the environment, the more effective the silver fibers become. Wash Fine Silver Products clothing/aids according to instructions and the silver layer will continue to work for years to come.